In February of 2017, PracticeMatch conducted a national survey of nurse practitioners (NPs) and physician assistants (PAs) in a variety of practice settings, experience levels, and medical specialties. 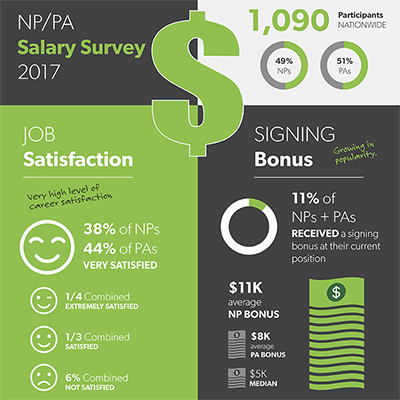 The percentage of clinicians receiving signing bonuses was higher for newer clinicians, likely due to the fact that they more recently signed on with their position, and signing bonuses have become more common in recent years. Among respondents with fewer than ten years of experience, 14% received a signing bonus. 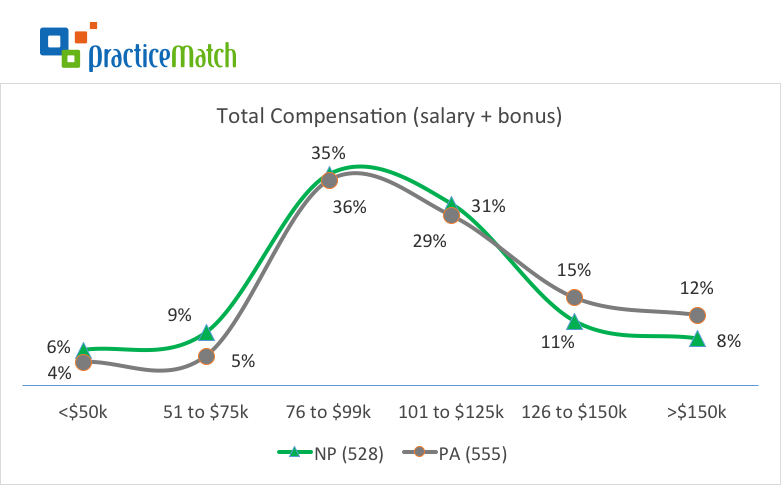 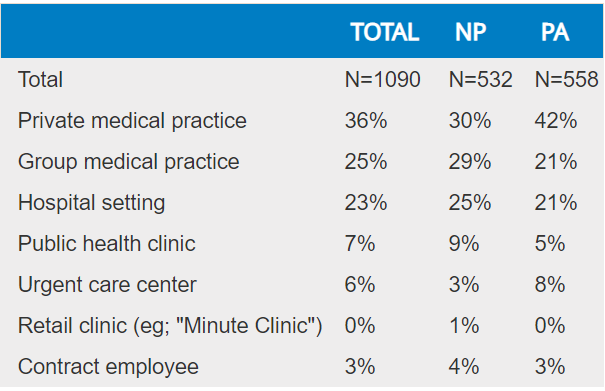 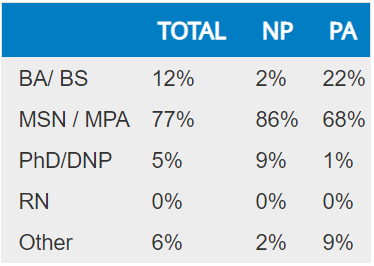 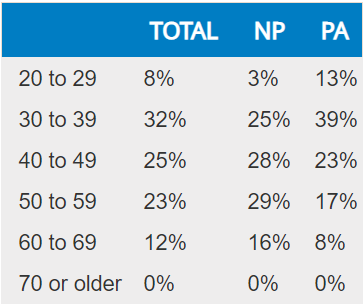 The survey was conducted by M3 Global Research in February 2017, on behalf of PracticeMatch. Sample size was 1,090 respondents among Nurse Practitioner (532) and Physician Assistant (558) members of the MDLinx panel. M3 Global Research maintains the largest physician and healthcare professional panel with over 3 million members across more than 50 countries. Research respondents did not receive an honoraria for their participation.

PracticeMatch provides a variety of valuable resources to match pre-screened clinicians directly with employers nationwide. Founded more than 25 years ago, PracticeMatch is one of the most established companies serving the staffing side of the healthcare industry, and its Pinpoint physician database includes more than 338,000 interviewed physicians. Additional products and services include APMatch.com, a database and job board for NPs and PAs and their employers, as well as 25-30 career fairs hosted annually for physicians and advanced practice clinicians nationwide.